DeCertify MI > Recent News > Uncategorized > After we take back Michigan and our Federal Congress – What do we do next!? 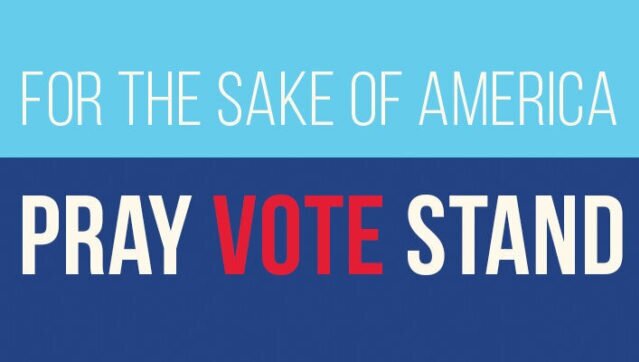 After we take back Michigan and our Federal Congress – What do we do next!?

TO ALL MY PRAYING FRIENDS!!

They have done so much to ruin our nation and the world at large. Inflation is out of control. They talk about 8% and 9%? No way! The price of eggs has almost doubled this year. The price of gas up between 50-60% this year alone. Cooking oil. Bread. Chicken. So many staple foods and commodities are up almost 100% – I don’t understand their 8% number? Maybe they are factoring in gold? Which has surprisingly dropped!? Everyone is telling us to buy gold but gold prices just plummeted!? Crazy world we are living in.

In my opinion Russia is watching the US to see what will happen with our midterms. Russia is historically quiet when the Republicans are in office but aggressive and confronting when the left is in power. I am not privy to all the history between the Russians and the Democrat party but this theory proves true all the way back to the Cuban Missile Crisis. Its hard to say that Russia is an alley? I am not an expert on all things Russia but remember, it was the Republican Ronald Reagan who worked with then Russian President Gorbachev to transition Russia out of the Soviet Union and into democracy. It would be an interesting book to read from an expert on Russia’s long relationship with US Politics and why they tend to lean Republican.

Having said that about Russia, we really need to pray that we win Congress, both houses! If we want this conflict to end and history tells us that there will be no path so long as the Democrats are in power.

Taiwan, Iran, North Korea, Afghanistan, the war between Azerbaijan and Armenia, Syria (is still an active conflict zone), Yemen (also), several nations in Africa and lets not forget our own Southern Border! The world is in a way already at war. We have several of our military divisions deployed right now – this is not regularly on the news but the 101st Airborne is in Poland, this is their first deployment since WW2!! And what does that tell us!? That we need to Pray – those ruling our nation right now are very serious about taking our nation into war. Pray that the Lord brings peace to the earth and stops a global catastrophe from breaking out worse than it already is.

I have spoken with friends in Russia. They are in fact grabbing people off the streets and enlisting them into their deployed forces. Putin has said that they are about done “recruiting” but no one in Russia believes him. I’m praying for Putin, personally. He has the power to end this conflict immediately. He is not tied in with so many other rulers and “masters” like Zelensky and therefore answers to only the people of Russia – and the people of Russia do not want this war. Putin is in the very unique position to either end this war or ensure it drags out for years (or decades) to come.

Russia has never been more allied with Iran and China, perhaps ever. North Korea, Turkey and others seem to be a part of this unholy alliance – and they are steadily turning the tide against Israel!? Read your Bible folks. That is the precise story of what the Bible prophesies to be the wars at the end of the world! If you have never prayed before. It’s a great time to start! 2,000+ years ago holy men of God prophesied that this would be the army coming together against Israel in the last days: Russia, Turkey, Iran, perhaps China, etc. Do we have front row seats to the end of the world!?

I believe we have a role to play in all this. I am not a fatalist. I believe it has all been written but I also believe we don’t know the end of the story so clearly. What if our prayers, like incense and an offering unto heaven, literally move God’s hand to push back the darkness and suddenly we win ourselves another generation!? I believe this to be the way we should be looking at the end of the world – Not defeated and careless about the younger generations but also not fretting as we see these things coming upon us – for we know God told us these things would have to come to pass for the whole of scripture to be fulfilled. Men would need to be given unending chances to repent, literally to change their/our ways. God, in allowing the shaking of the world, is helping to wake us up.

In good times, when money is good, and health is good, and generally blessed, we tend to lighten up on the prayers and spiritual conversation – But during times of shaking and storms, suddenly everyone becomes spiritual! Have you ever heard the expression, “There are no atheists in a foxhole!”? Needless to say there has never been a better time to pray and get to know God.

The prayers are working to push back the darkness! I can tell you so many testimonies! And we are about to see it before our very eyes. We are taking back Michigan, The House and The Senate, then President Trump will be restored!! Prayer is working! But even once all of our nation is restored back to civility and a normal working government (a government not out to destroy its own people,) We Must Not Pull Back on the Prayers and Spiritual Movement! Once we have the momentum on our side it is truly time to take the nation back, for God and His Son Jesus Christ. There will be NO HOLDING BACK THE DARKNESS WITHOUT OUR GOD (Who was revealed in The Messiah, Jesus of Nazareth.) The evil in the world is just too evil without the hand of God leading us into Victory!

I am going to share a few articles about the evil of this world, below
Evils that will only be held back by the power of God and the prayers of the saints

Pray together. It’s easier to pray with brothers
In fact it’s a blessing to pray brothers with brothers and sisters with sisters.
Men can be men and women can be women, in prayer also.

Remember this is a SPIRITUAL Battle.
The War will be won on our knees…

Blessings in Christ our Messiah,